You are here: Home / Uncategorized / My First Shooting Experience 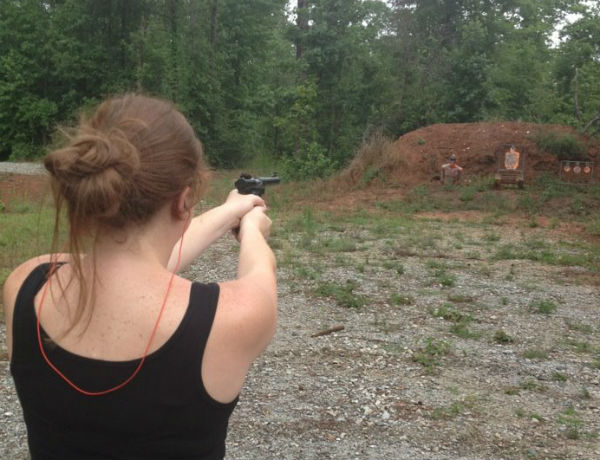 I never liked guns. I didn’t grow up around them, so when I met my sweet gun-loving husband, and he told me how much he liked them, I continued to push my dislike aside. Maybe it was just a phase he was going through.

As most gun lovers know, it’s not a phase.

My husband took me shooting for the very first time a few years after we got married at our friend’s property out in the middle of nowhere. As a then 27 year old woman who used to be a complete pacifist and wanted nothing to do with any type of firearm, I was now about to learn how to shoot for the very first time.

Don’t get me wrong; after marrying my husband I learned to accept his gun-toting ways. He carries a gun on him almost all the time, and I became used to that. The thing that scared me most was that if I mishandled that gun for even a second, something bad could happen.

The first gun my husband brought out was a Ruger .22. He tried to convince me that since the bullets were so small, there wouldn’t be a lot of recoil and I’d actually enjoy shooting the darn thing.

Turns out, my husband knows a thing or two. I loved shooting the Ruger. The recoil was minor, and before long, I felt like maybe guns weren’t all that scary. I still don’t feel completely comfortable around guns, but I’m willing to learn.